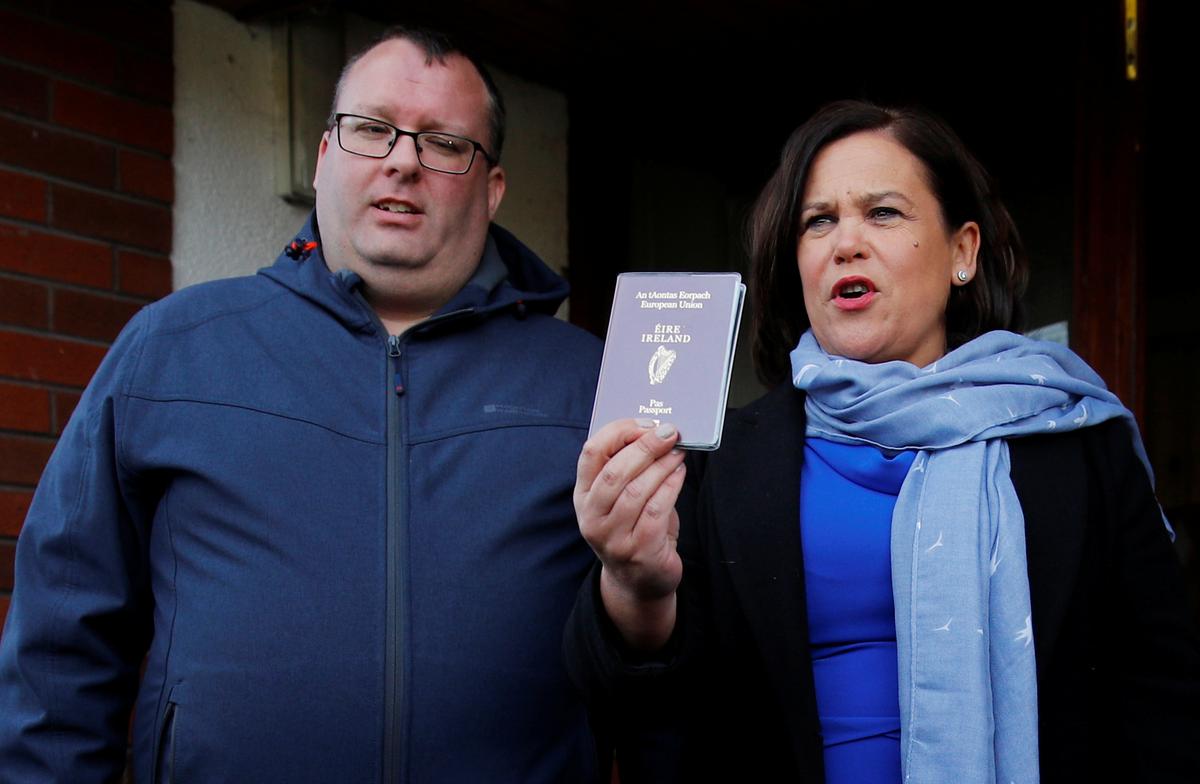 DUBLIN (Reuters) – Ireland began counting votes on Sunday in a national election that an exit poll indicated would show a historic breakthrough for left-wing nationalists Sinn Fein but leave a fractured political landscape with no clear path to a governing coalition.

In a major realignment, Sinn Fein support surged 50% to bring it into joint first place on 22% with Fine Gael and Fianna Fail, the two center-right parties that have dominated Irish politics for a century, according to the poll released on Saturday evening after voting ended.

But Sinn Fein, the former political wing of the Irish Republican Army which has reinvented itself as the country’s main left-wing party, is likely to fall behind the other two because it fielded fewer candidates for parliament.

Prime Minister Leo Varadkar’s Fine Gael and rival Fianna Fail are likely to be left slugging it out for first place in terms of seats – before starting what is likely to be a torturous process of forming a governing coalition in the 160-seat parliament.

“Obviously on these numbers it’s going to be very hard for any combination of 80 (seats) to be achieved, we’ll have to wait and see,” Fine Gael minister Heather Humphreys told national broadcaster RTE.

Counting under Ireland’s complex single transferable vote system began at 0900 GMT on Sunday with some results expected from early afternoon. The final and potentially decisive seats may not be filled until Monday or even later.

The exit poll result was an improvement for Varadkar’s Fine Gael, in power since 2011, after opinion polls a week ago showed it in third place.

But the party’s strategy of focusing on economic growth and its success in negotiating an EU exit deal for neighbor Britain failed to capture the imagination of voters, who were far more focused on domestic issues like health and housing, where Sinn Fein focused.

Fianna Fail has ruled out going into coalition for the first time with Fine Gael and both parties say they will not govern with Sinn Fein, meaning there is no obvious government to be formed, analysts said.

Both Fine Gael and Fianna Fail have said they will look to smaller parties to form what would likely be another minority government – requiring support of one of the two main parties from the opposition benches.

The parties have swapped power at every election since emerging from the opposing sides of Ireland’s 1920s civil war. They have similar policies on the economy and trade talks on the post-Brexit ties between Britain and the EU.

Sinn Fein has moved on from the long leadership of Gerry Adams, seen by many as the face of the IRA’s war against British rule in Northern Ireland – a conflict in which some 3,600 people were killed before a 1998 peace deal.

The party’s candidates were the biggest gainers by vote share, up from 14% at the last election in 2016.

“It’s clear that Sinn Fein are poised to have a very good election,” Sinn Fein’s deputy leader in the Irish parliament, Pearse Doherty, told RTE. “That’s the message we were getting, that there was a palpable mood for change.”